The Well for Health Our Services Dementia

Dementia is a widespread problem that affects many people as they age, causing severe emotional and psychological distress to patients and family members. If you or a loved one are experiencing symptoms of dementia, the sooner you start treatment, the better your prognosis, so contact The Well for Health in Davidson, North Carolina, today to learn more about its innovative dementia program. Give the clinic a call, or book an appointment using the online tool. 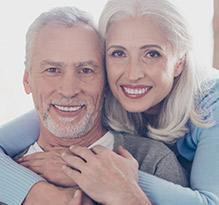 Dementia is an umbrella term for symptoms that affect a person’s memory and cognitive skills to the extent that they struggle to cope with normal activities. These symptoms are a result of damage to nerve cells in the brain and may affect patients in different ways depending on which area of the brain is involved. Symptoms include:

People tend to associate dementia with older age, but it can affect younger people too.

Dementia is seen more often in older people, and there is a genetic influence that makes some families more likely to develop dementia. Diseases that cause dementia include:

Other conditions associated with symptoms of dementia include:

Symptoms of dementia may also arise as a result of:

In some cases the dementia symptoms can be reversed with the appropriate treatment, so receiving an accurate diagnosis is essential.

What is the treatment for dementia?

If the dementia is due to causes such as vitamin deficiencies or hormonal imbalance, addressing the underlying condition reduces or resolves the symptoms. Alzheimer’s and other dementia diseases aren’t curable, but it’s possible to ease symptoms and delay progress using medication and holistic management programs such as the Bredesen Protocol.

What is the Bredesen Protocol?

Dale Bredesen, MD, PhD, is one of the world’s foremost authorities on dementia and its treatment. He developed the Bredesen Protocol to guide health care practitioners in caring for patients with dementia and improve cognitive functioning.

The Bredesen Protocol approaches dementia care by addressing metabolic influences such as micronutrients, sleep, and hormone levels that need rebalancing with lifestyle changes. The Well for Health has a team of professionals including medical practitioners, nutritionists, and a Bredesen-trained health coach, who have considerable expertise in using the Bredesen Protocol to improve the lives of people with dementia.

To find out more about the Bredesen Protocol and how The Well for Health can help with dementia symptoms, call the clinic today, or book an appointment online.

We offer MonaLisa Touch. Call us to book your appointment today.

Every patient who contacts The Well for Health receives a FREE 15 minute telephone consultation with a member of the team before visiting the clinic.